Support the anti-war feminist/LGBTQ2+ artists and activists in Russia and those fleeing Russia!

Røst Artist in Residency has initiated this SPLEIS on behalf of our extended Russian family of colleagues: feminists, LGTBQ2+ trans artists, and journalists/writers/activists who have for many years, very bravely, been resisting the increasingly violent and oppressive KREML/Putin regime in Russia!

We want to support the evacuation of those who are trying to flee and those who already have fled in the last week or so, due to surveillance, raids and arrests during the many anti-war protests- All of these could face retroactive prosecution under the new laws Kremlin enforced on the 4th Of March.

"Russia has enacted two laws, adopted and brought into force on March 4, that criminalize independent war reporting and protesting the war, with penalties of up to 15 years in prison, Human Rights Watch said today. The laws make it illegal to spread “fake news” about the Russian armed forces, to call for an end to their deployment and to support sanctions against Russian targets...There is also a threat that the law could be applied retroactively. Russian authorities have routinely charged people with extremism or involvement with “undesirable organizations” based on social media posts that date from years prior to those groups were banned."

“The Kremlin is wiping out all options for dissent to ensure that brave anti-war protesters do not return to the streets,” Williamson said. “When President Putin goes after such a fundamental right – the cornerstone of democracy – with such totalitarian tactics, he is dispensing with any pretense that his government has any respect for rule of law, human rights, or democracy.”

We are also supporting artists and activists who took part in protests but did not get arrested, who feel unsafe due to LGBTQ2+ issues or other causes.

For now. I will not name any particular names due to the security of each and every artist. Bur rest assured every penny will go directly into visa, travel and stipends, and emergency funding; and to fund ongoing artistic practices in dire times.

Finally, I would like to underline that we are applying for various funding to be able to continue supporting these artists and of course also Ukrainian artists who are fleeing a war zone, and other artists in need such as Palestinian artists.

At this moment we are happy to organize this with three Russian artists who have managed to evacuate.

We are working politically also, pressing for Norway to open up to give Schengen VISA´s on humanitarian grounds, so artists/activists/Journalists can cross the Russian borders and enter Europe and the EU. We are also working with NBK, the Norwegian artist union, putting pressure on the government and parliament to not make life for oppositional artists harder than it allready is.

The KREML/Russian state's war on Ukraine is horrific and we wish to support the feminist anti-war resistance in Russia and stand in solidarity with artists/musicians/poets/writers/journalists and activists who are protesting the war and another human/nature/animal rights violations in Russia.

The condition for outspoken cultural workers, writers, and artists in Russia has been terrible for decades and worsening day by day. In the last few years surveillance, raids, arrests, fines, prosecution, jail sentences, and police brutality has escalated for anyone opposing the Russian state /KREML. People's lives are at risk and it has become increasingly hard for Russian organizations and NGOs to be able to get funding from abroad; due to KREMLs censorship and criminalization of organizations and individuals supporting human rights, queer, trans, feminist, and other marginalized groups.

Due to the acuteness of the situation in Russia right now where KREML is doing surprise police raids and people are being monitored by the secret police, some artists cannot stay, so we need to help evacuation by organizing VISAs. The same situation goes for artists who have fled and have arrived in a country without a VISA and any operational VISA cards due to sanctions, some need to get a VISA.

We can no longer send money directly into Russia, so we transfer funds as soon as we manage to evacuate people. We have already managed to hand out 2 stipends and are doing another one next week by a wired transfer.

We will post daily updates here and you can follow reports from our current anonymous digital artist in residence, who after being arrested in a raid leading up to the anti-war protests managed to flee Russia with the help of a human rights organization. 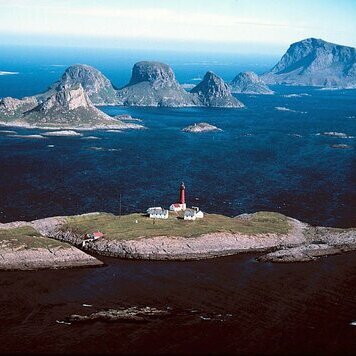